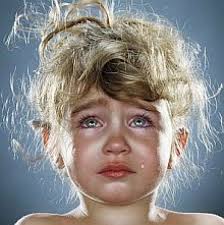 One week before her 63rd birthday last year, my mom got the worst news from her doctors. We knew, almost for certain, that she had pancreatic cancer again. She had already fought off renal and breast cancers, plus pancreatic cancer once. And now the pain in her back had been there for more than a year. My parents didn’t want to know how long the doctors estimated she had left to live. They wanted to believe that she would beat it, like she had before. My mom said that she would live another ten years.

I never wanted to believe anything more. But it would have been against my nature to ignore the facts of her situation. I did my own shoddy internet research. I read the facts, but still had trouble believing them. Most people don’t survive pancreatic cancer once. My mom had already beaten the odds. The odds she had left, from what I could tell, were really fucking bad. Because the cancer had probably spread to her spine, she was not expected to live even a year. But I knew she had been in pain for a long time. My mind tried to make the connection, but my heart wouldn’t let it. I believed that my mom was going to die soon. But I felt that believing this was a betrayal. Still, I needed to take care of her while this happened, or I would never be able to live with myself.

The night I got that news, I couldn’t fall asleep. I cried and cried and thought about my mom. I scoured the internet for this poem I had randomly read on Facebook months before. When I found it, I read it and it was just what I wanted to tell my mom. I sent it to her, she said she read it the next morning before leaving for work. She said she bawled her eyes out. I fucking miss those eyes…

Who sat and watched my infant head When sleeping on my cradle bed, And tears of sweet affection shed? My Mother.

When pain and sickness made me cry, Who gazed upon my heavy eye, And wept for fear that I should die? My Mother.

Who taught my infant lips to pray And love God’s holy book and day, And walk in wisdom’s pleasant way?** My Mother.

And can I ever cease to be Affectionate and kind to thee, Who wast so very kind to me, My Mother?

Ah, no! the thought I cannot bear, And if God please my life to spare I hope I shall reward they care, My Mother.

When thou art feeble, old and grey, My healthy arm shall be thy stay, And I will soothe thy pains away, My Mother.

**Though I’m an atheist, my mom was a Christian. She taught me everything I know about being a good person.

It was September. I told my husband several times, “I don’t know if she will make it until Christmas.” I knew that she wouldn’t, but I couldn’t completely believe it.

This is a strange place to live for three months, but I lived right there and I would move back if I had the opportunity. I knew my mom was barreling toward death, but tried hard to pretend, when I was around her, that I didn’t notice her dying. I intended to spoil her with my love, but I didn’t want to offend her. I made her fried eggs for breakfast and tried hard not to break the yolks. I helped her keep track of her meds and her blood sugar. I took my kids to visit her, which was her favorite. I look back and feel like I did nothing to help. But I am always very hard on myself.

So, when the time really came, I was awoken by a phone message from my little sister at two in the morning. Susan had spent that morning with my mom, then I picked her up from chemo with Simone (my mom’s sweet grandbaby). I played Christmas music on the radio because I thought my mom would like it, and she did. But that day, she had a pain in her shoulder. She kept mentioning it randomly. I should’ve known it was bad, that woman was a fighter, fuck Mike Tyson. If my mom was complaining, then it was really bad. But when I left that day, I didn’t know it was the last standing kiss I’d give her. I feel so stupid typing that, even after I explained above that I knew my mom was dying fast. I still was not ready to say the last goodbye.

I woke up slowly and it took a second for me to realize the phone message was real. I “knew” this was it. Susan said she was heading up to be with mom. Did I want to pick her up and we could smoke together first? But, being a reasonable parent, knowing I had to get up and get the kids off to school before I could go to the hospital, I said no. So that is the way the story is. Susan went up there by herself and witnessed my mom vomiting and in crazy, animalistic pain. Susan said she could barely breathe. Susan said that my mom caught my dad’s gaze at one point, made eye contact, and she said, “Joe, I don’t know how much longer I can take this.”

I woke up in the morning and got everyone off to school. I arrived at the hospital at 9:30. It was not like visiting her in the hospital other times. She was subdued, asleep, she was swollen. The doctors visited and she could barely be roused to consciousness. I was scared, but my dad was in denial. I don’t mean to insult his state of mind. This is how my mom wanted him to be and he did not believe she was dying or that she would die. But I was very afraid. I knew what I was seeing and it was harder than ever to pretend. I doted over my mom, watched the vomit drain down the tube in her nose. I tried to talk to her but she didn’t wake.

“Mom,” I tried a little harder, nervously, because I felt like my dad might be upset at my dramatics, “Mom, wake up, do you know who it is?”

My mom forced her eyes open and we looked at each other, “Mary,” she said, confusedly, then fell back asleep. I left that afternoon for a doctor’s appointment I’d made months before, and on my way back up to the hospital, my sister, Ellen, called to let me know they were going to give my mom a breathing tube.

I was at the hospital a lot the next few days. We met with different doctors; my dad accepted what was happening when he needed to. We decided to treat my mom’s pain, because her body was shutting down. They turned off the monitors and my family kept watch over her. I didn’t want to be there at all. But that’s only because I didn’t want it to happen. There was a part of me that wanted to run away. It was very traumatic to watch the final punch. Cancer had beaten the shit out of my mom for almost ten years, but this time she was so outmatched. I did not want to witness it. But it was clear that this was happening with or without my approval. I had to be there. I promised my mom that I would take care of her. She had always cared for me. She asked for nothing in return. Of course I would care for her while she died.

I sang, “You Are My Sunshine” and “Your Song.” I sobbed into her hair. I held her hand, I looked it over in my hands a hundred times. All of this happened over four days. On Friday, December 14, I didn’t want to leave her side, but it was a very hard day, I needed to spend some time with my daughters, who were too young to visit my mom while she died. I went home for dinner.

And then, around 8:30, Susan called and said to get up there. I put on my orange neon Nikes and bolted out the door to my car. I made it to the hospital in record time, pulled into the parking lot and took the first available space. I shot out of my car and into the hospital, ran through the lobby because I just didn’t give a fuck(!), then up the elevator, I felt like I threw the doors open. My mom died just as I got to her bed. Her family was there with her. It was the least we could do.

For a few months the memories from the hospital were so strong, it was so traumatic, it was hard not to think of her that way. But I realized this week that I have been remembering her differently. I don’t know when it happened, but I can picture my mom again, not just the trauma of the hospital and her illness. I am proud that I was brave enough to fulfill my promise to my mother.

9 thoughts on “Always On My Mind”